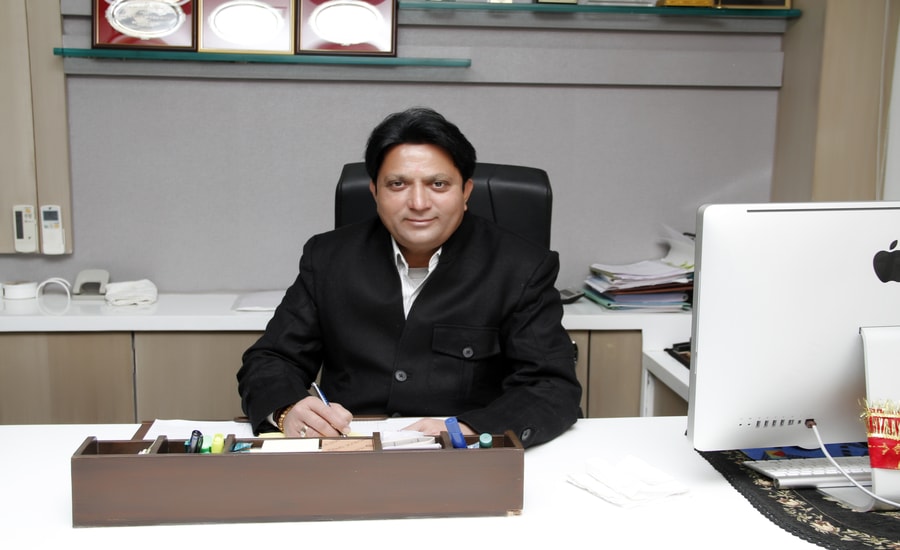 My heart is full of pleasure and pride as I perceive the progress being made at Gokul Educational Campus now turned into Gokul Global University. If I feel satisfied that our university (vishwavidyalaya) situated on the bank of river Saraswati (Vidyadevi) at world famous Matrugaya city Sidhpur, has taken the firm root and the campus is now grown as sturdy banyan tree with different branches spreaded over 100 acres of land for which the seeds of an idea were shown in year 2009. I extend my warm wishes to one and all who have worked for the progress of the campus and still creating a road towards excellence. My dream has come true when thousands of students are striving hard for their best career and leaving the campus with best opportunities and number of ideas to become an entrepreneur. The university will play an important role to shape the students with the highest caliber for the global education culture by providing centre of excellence I incubation centre at the doorstep.

21st Century is an era of Knowledge, Competition and Collaboration with Science and Technology. Almost all countries worldwide are leading towards tremendous constructive processes, especially for developing and underdeveloped countries. Most of the nations are keeping pace with making themselves healthy, strong and safe future for the welfare and betterment of their citizens.

Shri Balwantsinh Chandansinh Rajput founded many companies under the umbrella of Gokul Group of Companies namely, Gokul Agri International Ltd., Gokul Refoils and Solvent Ltd., Gokul Overseas etc. at his birthplace, and hometown Siddhpur. The son-of-soil, Shri Rajput loves contributing the most for farmers and their families for which he established arrays of companies to offer food, and facilitate them with serving agri-based products through huge export to international markets, which helps them getting employment at their footsteps. The well-known industrialist with his business spread across the country and the world is owner of high spirits, discipline and punctuality. A dream of paying off his debt to the country and society by holding positions in various capacities under territories such as;

Gokul Foundation (Trust) was established on August 07, 2009 with a pious spirit of service-Only to the society at large in view of career development of aspirants. Professionally, keeping pace with global standards for higher education and industry of next century with an aim that education-Only can play the most significant roles in realizing these dreams, are core motives of Shri Rajput.

The traditional to professional fields of studies in disciplines of Engineering & Technology, Nursing, Physiotherapy, Commerce, Management, Law, Humanities, and Vocational Skill Training, and AYUSH (Ayurved) Studies are crystal clear aims of the knowledge creator and nurture center named as Gokul Foundation (Trust). This charitable trust bears its key responsibilities to impart, facilitate and manage educational institutions for raising the standards of living. Legislative Assembly at Government of Gujarat on March 23, 2018 has passed Gokul Global University as State Private University vide Act no. 4 of 2018, it is popularly governing various faculties for research, post graduate, graduate and diploma courses and programmes, and certification approved by professional councils, recognized by UGC and MHRD, the Government of India under the aegis of Gokul Foundation.